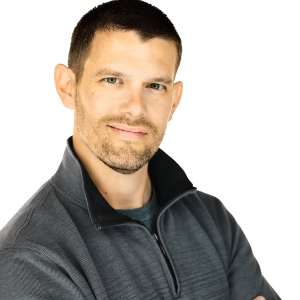 Why Updating Your Headshot is More Important Than Ever

Updating your headshot may not seem that important to you but believe me, it is.  There are a couple things you haven’t taken into consideration for your branding quite yet.

The Covid-19 concern is everywhere and it will play into your marketing.  I’m not talking about the doom and gloom stuff, I’m talking about the extra steps you’ll need to re-assure your next client, your services are viable.

Everyone one else has slowed down or have come to a stand-still.  Now is the perfect time to show your next client you still have goals to meet and you are moving forward.  Now it is easier than ever to get in the spotlight as social media use has shot through the roof more than ever. 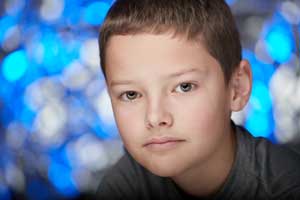 Economic factors take a large part of how your next client will view your profile photo.

Right now, we are looking at an economic downturn.  With millions of people claiming unemployment, it’s as important to change your headshot as it is your marketing.

Studies from the University of Toronto has originally shown us that prior to any economic downturn, people were able to accurately judge the performance of a CEO by facial appearance in their Headshot to relative success.

Those accurately predicted have facial features recognized such as competence, likeability, trustworthiness and dominance.  Those that scored highest had facial features in their headshot that you would typically see resembling lawyers and doctors in their professional headshots.

However, the study was further updated after the 2008 Housing Market Crisis and had shown something completely different.  Those individuals didn’t care for the “Power” photo.

They rated those individuals highest who had a “Confident and Approachable” style headshot, not the “power-play style individual.  Meaning, they looked for people who looked like they could go have a conversation with and still get the job done.

Keep in mind, if you have that super smiley headshot, you’re very approachable but it shows no confidence in your ability to get the job done.

Your next potential client has already perceived your worthiness based on your headshot before they even call you.

I’ve even done this myself and you should try it… search a local real estate company and find one with a gallery of their agents.  More than likely, you can pick the top performers.  They have a professional headshot with a confident and approachable look. 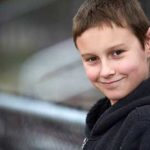 1/10th of a second… remember that number.

This is strictly to do with our own safety.

If someone walks towards you on a sidewalk, what do you look at?  Probably their hands, how they are dressed, how they walk.  Is their head down starring at the side walk or up in the air not paying attention?  Are they happy, sad, angry, looking drugged out?

We judge people and it’s o.k.  We are protecting ourselves and making sure we get home to our families.  Fact is, we do it all the time and don’t even think about it.

Research from Princeton has even proven it.  Especially with photos.

Studies have shown that people judge your photo in 1/10th of a second.  They have you pegged about your attractiveness, likeability, competence, trustworthiness, and aggressiveness.

So what is your business headshot saying about you?  More often than not, it’s outdated and if you’re like me, probably have a few more grey hairs.

It needs to be saying “confident and approachable”.  If it’s not, it’s time to update that sucker.

This is our goal with your professional headshot.  Not only do we want to grab your best headshot, it also needs to say “Confident and Approachable”.

So, do you want to land that next client because you look like you can handle the job, or do you want that client to move somewhere else for someone that is more confident and approachable?

You know the answer.

Matching Your Client and Branding

Other than being confident and approachable in your headshot, you NEED to market to your CLIENT and your BRANDING!

I see over and over businesses with copy-writing stating how “High-End” or “luxury” they are and then have the most generic snapshots of their business.

Are you a professional?  Does your headshot look professional and match your branding?  If your answer is “no”, then it’s time to update that sucker.

I’m all about family photos and love my children, but those need to be in your “About me” section.

Your future clients have a hard time finding you and business when people are trying to look at that ½ inch x ½ inch profile picture.

This is the prime reason to have a nice, up-close, professional headshot.

LinkedIn, Facebook, Instagram, whatever your social media of choice is, it needs to have a up close professional headshot of you.

Here’s a little exercise.  Get onto a social media platform and start searching someone’s name.

When the search bar selection comes up, how many of those photos can you recognize? One, two, maybe none?

That is how your client is trying to find you.  If you don’t have an up-close professional headshot on your profile, you’re missing out on some easy customers from social media all because they can’t identify you.

Now, what if they aren’t looking for you (because a future client has no idea who you are) but for your general industry of business?

Who stands out the most?  Person with a professional headshot that is up-close, or the person with a full length picture of them standing next to something?  You can BARELY see them, if at all.

Want to improve your brand? 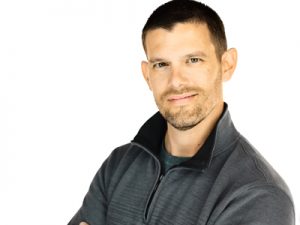 Kirk Surber is a Headshot, Wedding and Senior Photographer in Montgomery, TX. 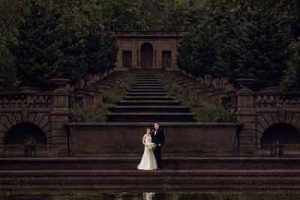 Want to improve your brand?